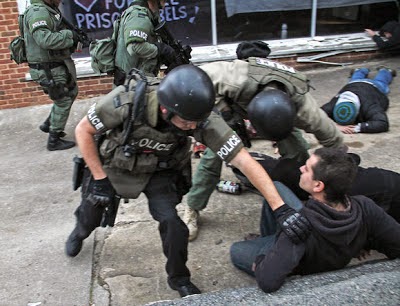 I am engaged elsewhere in a process of advocating for citizen oversight of policing in my current hometown of Carrboro, NC. That is not so much a reflection on the current policing in Carrboro. As it is a recognition that, in the current national US climate, I think it is time to consider more citizen oversight generally. And our small town (pop: 15,000), with a reputation for innovative governance, might be a good place to explore, consensually with the police, the various options for affording citizens the opportunity to ensure that the nature of the policing in our community has pro-active communal consent.

I accept that, notwithstanding NACOLE and the information set out in the PARC web-site, the concept of citizen oversight of police might be a tad confusing and uncomfortable to many people. It isn’t to me. The land of my birth (Great Britain) has police forces which are run by civilian and elected Police and Crime Commissioners. But that is my cultural experience. I do not lose sight of the fact that it is not everyone’s.

However, the justice and law enforcement traditions in the US and the UK come from the same historical source. One of the principles of which is that police are not supermen or superwomen. They are ordinary citizens. Who are tasked with upholding laws and maintaining order. With the admonition always that they do so with the consent of the community they police.

In my mind, this creates a direct link between police and each individual member of the community. Now. Let’s be realistic. That does not mean that, in the middle of a police officer performing what he or she believes to be his or her duty, we get to turn around and say, er, excuse me, I do not consent, back off. Get real. But it does mean, and especially in the current national climate, should mean that we get to say to those we elect to govern our community, hey, where do I get to go to talk to my police, and help to set the rules by which our police do their policing?

I will be honest. As generous and as friendly as my own local representatives of community governance are being to my entreaties about exploring such citizen oversight of police in my community, I’m not sure they grasp this latter concept as firmly as do I.

I want the assurance of consensual policing to be pro-active, not reactive. And to be as intimate as is possible. If oversight is merely offering comment after the fact, we are always one step (elsewhere, perhaps one death) behind. No. I want personally to be able to be somewhere, facing my police and those we elect to fund them, so that I may join with others in my community to tell our police how we wish them to perform their policing of our community – before they set out to do the policing. And then, to be able to return, to ensure compliance.

It is not the right of a funding agency to deny me that intimacy. This is my relationship with my police. Unless the funding agency wants blindly to accept full responsibility for the manner in which I am policed, well or badly, then their job is to set up the arrangements which allow me to be a part of citizen oversight of my police. Period.

Now. That is where I am coming from. And just to be fair, since I have been totally open with all parties concerned about the remainder of my views in this regard, I will be letting those with whom I am engaging know about these views, too.

And to be honest, I am not sure that the various bodies interested in some concept of citizen oversight go as far as I do. The entities that have been established seem to restrict themselves to reactive review of complaints against the police. I am not looking for a complaints service, or an advisory board. I am looking for assured consensual policing by having citizens directly determine the nature of the policing approach in our community.