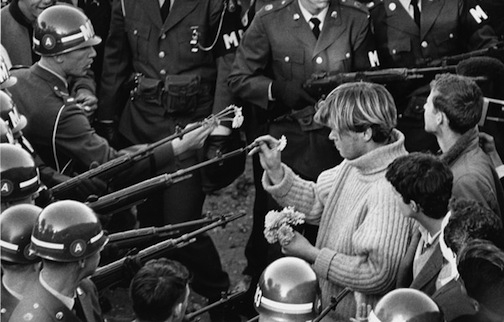 I just added a response to a post on OrangePolitics, talking about getting feedback from people within their comfort zone, not ours. I believe this to be crucial with respect to creating a process that fully engages communities with the notion of citizen design of policing – https://citizenpolicing.com/. But it has wider implications, too. The post and comments are worth reading in their entirety. My response:

“I would be a millionaire if I had a penny for every time I have told the ‘powers-that-be’ that sensible community engagement requires engaging with people in their comfort zone, not in the comfort zone of those wanting answers.

Whether it was advocating for youth facilities at the age of sixteen in my home town in England, meeting with constituents as a municipal councilor at the age of 23, attempting to increase democracy within Weaver Street Market Co-operative, or inviting views on the issue concerning me at the moment (citizen design of policing – https://citizenpolicing.com/), time and again I have tried to convince folks that it is incumbent on them to go to the people, not the other way around.

It really is not beyond the ken of creative elected and unelected public officials to find ways to engage with people who are not comfortable in crowds, in public, at times that are inconvenient to them, on camera, and the like. You raise the perfectly good example of asking folks to engage with their social circles, and then report back. It’s not good enough for those same officials to say, well it’s not convenient for me; ooh, I wouldn’t want to go there; I’d rather stay behind my table, thank you.

Couple of caveats. If officials do find creative ways to engage, visiting bars, holding mini-meets in apartment complex offices, whatever, then folks, we have to find the time to respond and engage right back. You can’t find the NFL more interesting, and then complain a month later you weren’t asked.

Taking Weaver Street Market as an example, I stood for the Board of Directors four times as a Worker-Owner Candidate. I very quickly learned that fellow worker-owners had become very disillusioned over the years, and simply did not feel it was worth voting anymore. I undertook a long-term effort to try to re-engage fellow worker-owners.

I regularly visited units when workers were off-the-clock. I started a blog. I made my campaign to become a Worker-Owner Director a rolling, multi-year affair, more concerned with engagement than getting elected. I assiduously communicated with every new employee, to invite them to be Friended on Facebook. As a consequence of which I have about 60% of the workforce of WSM Friended on Facebook. A workforce of about 250 which, several years ago, had 100 worker-owners, and now has 192.

Even so, it pretty much remained the case that my fellow workers didn’t want to take the time (their time, by the way; always off-the-clock, by-the-way, WSM management please take note!) to engage in ‘official’ exercises of feedback or to attend meetings. So, I would attend. And mention that fellow workers had passed their views onto me (which they had, and which they still do, regularly). Views which I tried faithfully to represent, even though I didn’t always agree with them.

And there was the rub. Time and again, I would be told, sometimes quite rudely, that no-one believed I represented the views of anyone else. I was speaking only for me. I didn’t care for myself. But it was a rather silly reaction, based solely on the fact that the people concerned didn’t like me, or didn’t want to hear the views being expressed. That said, none of this is about me. I merely use me as an example.

The point is this. If we are going to be more creative about engagement, then we have to be more creative about our response to sometimes rather weird engagement. But, this is not rocket science. We know the folks who appear at meetings, and who claim to represent the universe, when they represent only themselves. A few respectful questions about the nature of the representation will sort out the chaff. I mean, however much folks may not like me, I’m pretty sure that the body of people beyond the WSM Board and corporate office are reasonably willing to believe that I do speak to other workers. It’s not a difficult difference to identify.”

Now, I’m going to go a bit weird. My life has been a political journey. My early years in the UK were with the British Conservative Party. A party which today is generally acknowledged to be nothing like the conservatives to be found in the US. Meanwhile, I have moved leftwards, and now regard myself as a progressive centrist. With a weak spot for aspects of my first love.

So it is that I keep track of what the British Tories are up to. And currently, they have some interesting ideas about engagement. Which (hopefully) explains the weirdness in my linking to this post here. Forget the source. Pay attention to the creativity involved with the ideas for engagement. Think about what we regard as at risk communities with respect to policing. Young people and African-Americans have smartphones. Is there not some way of designing feedback that utilizes social media and modern technology?